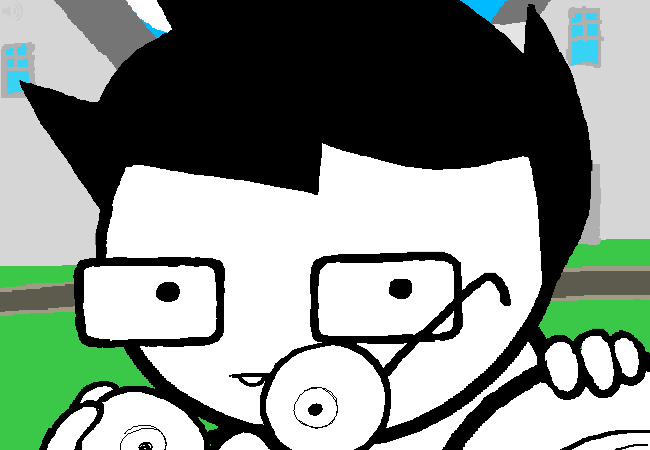 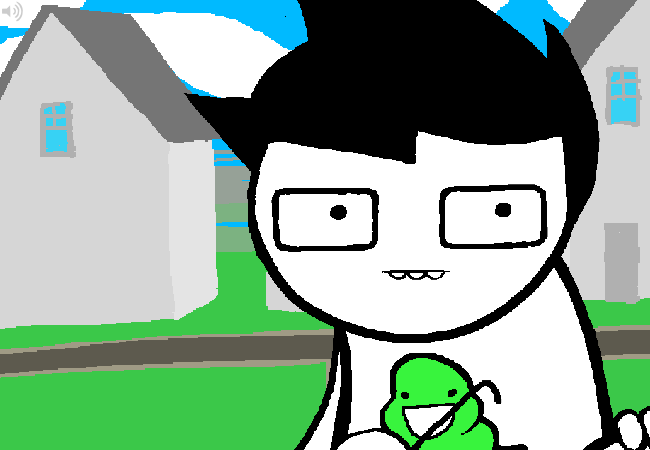 Close up on John's face as he lowers the beaglepuss glasses and hat that he has just removed. Zoom out to more fully reveal behind him two houses across a gray road that crosses the green grass, backed by a blue sky with white clouds. 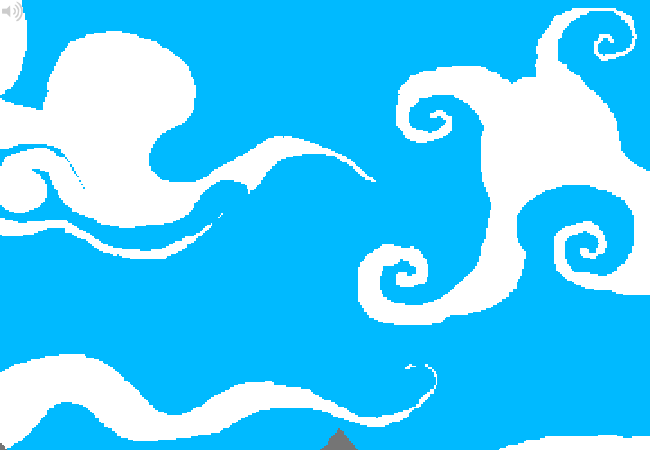 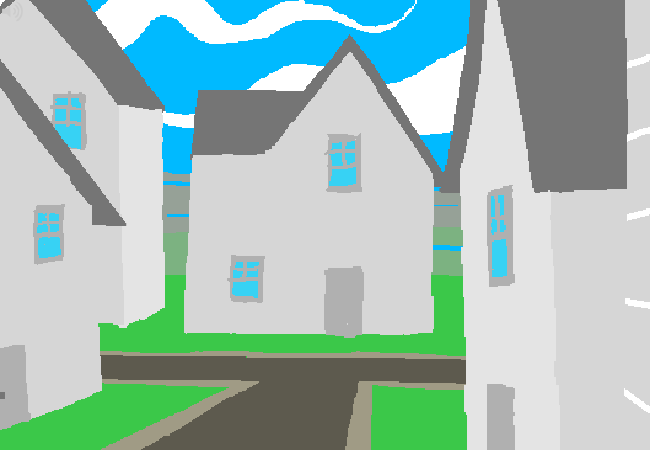 a shot of that open blue sky and swirly white clouds, with the tip of a house roof just visible bottom center. Pan down to reveal that house, sitting at a T-junction of roads passing three other houses. 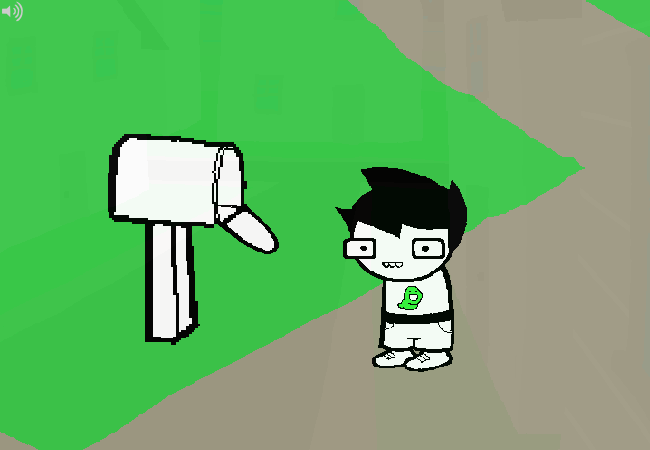 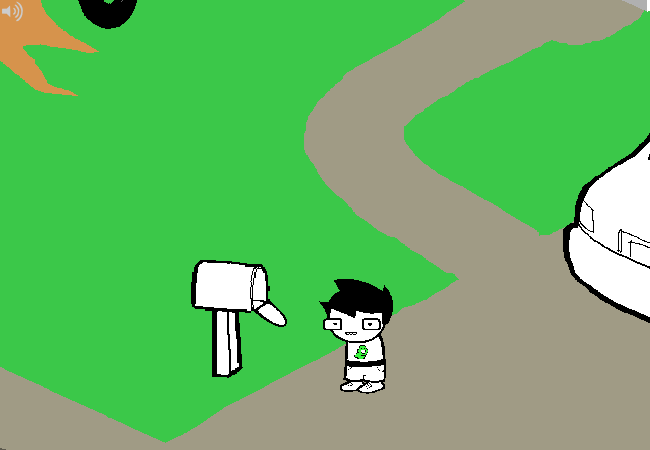 John standing facing us by his open mailbox, at the corner of his driveway. Zoom out to reveal the bumper of Dad's car to our right and a tyre hanging from a tree top-left. 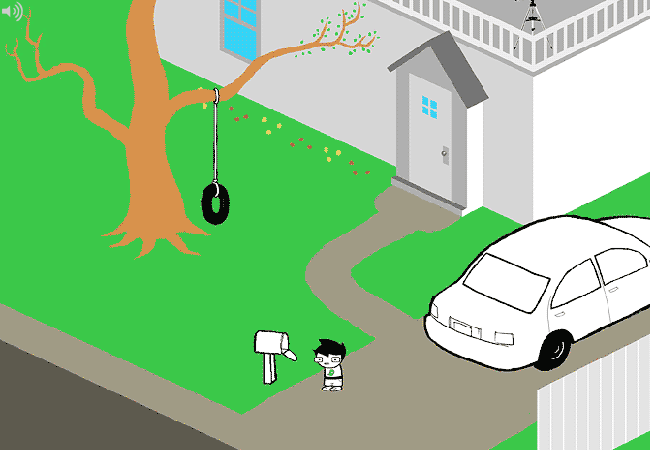 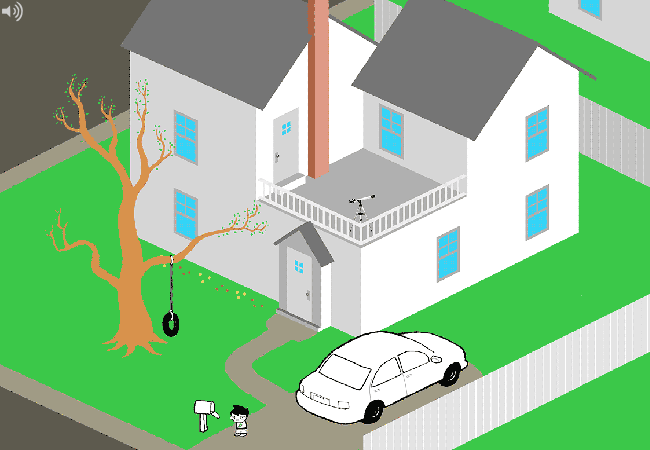 a wider shot of the same scene. We can now see more of the car and tree, plus a white picket fence to the far right, the road in the foreground, and the front of John's house behind him. The front doorway is framed by a small triangular roof detail; above it is the edge of a balcony, and to the left a blue window. We zoom out very slowly until we can see the full width of the house, which has two dark gray roofs. 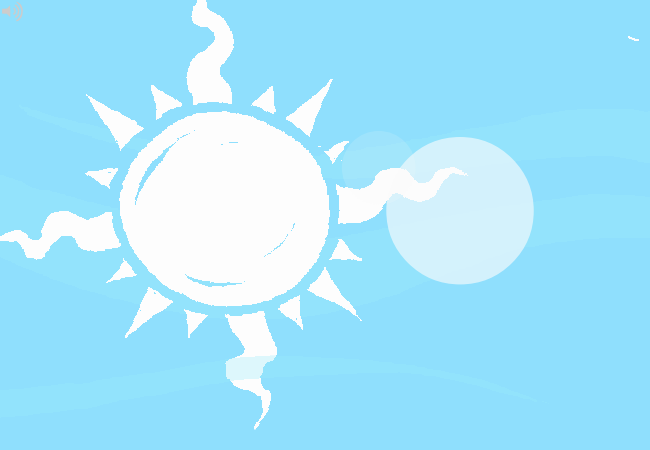 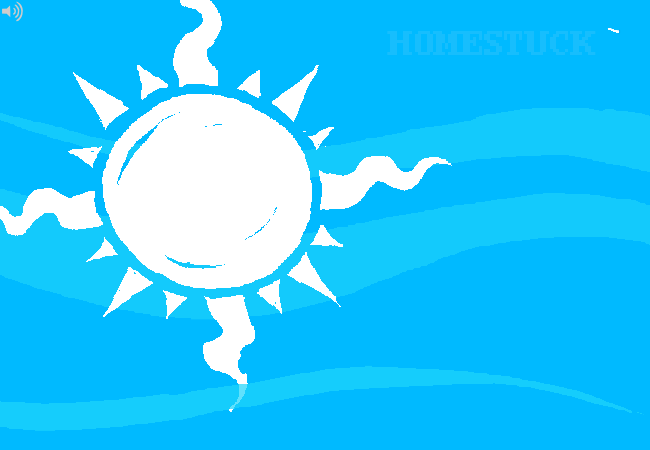 a second very gently panning shot of the blue sky, with the large symbolic sun (a circle with four long wiggly rays protruding at right angles, each separated by three triangular rays) filling the left half of the screen. A lens flare accompanies the initial fade. In the top-right corner of the shot is a tiny white line. 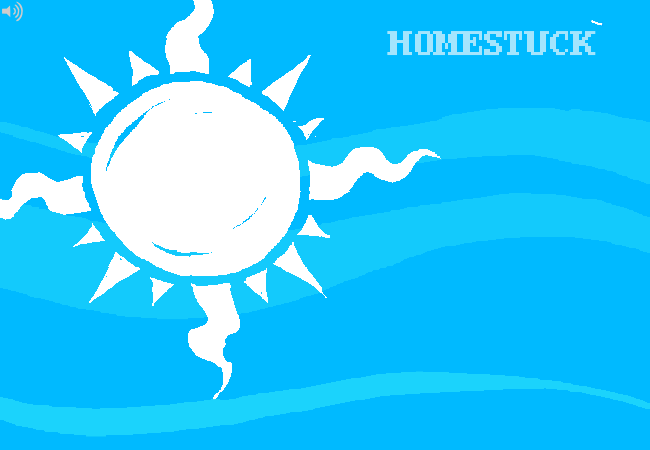 the pixellated words "HOMESTUCK" sitting in the top-right of the screen.

The final shot ends its pan.