Soundtrack: Harlequin, over the top of ominous echoing heartbeats. 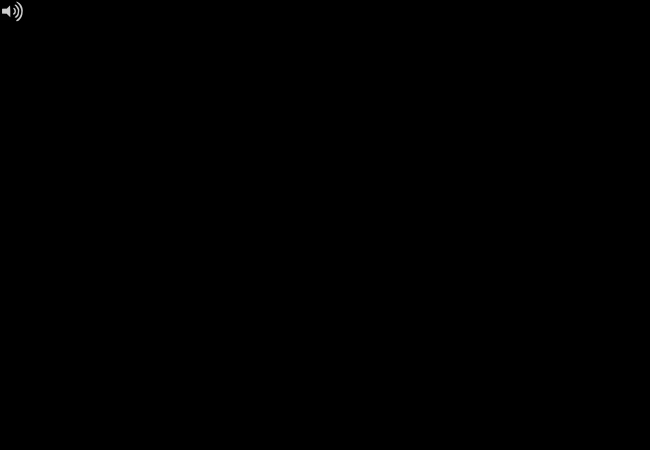 Each shot below is a gentle zoom or pan, and it fades in from and then back out to black, in time with a heartbeat. 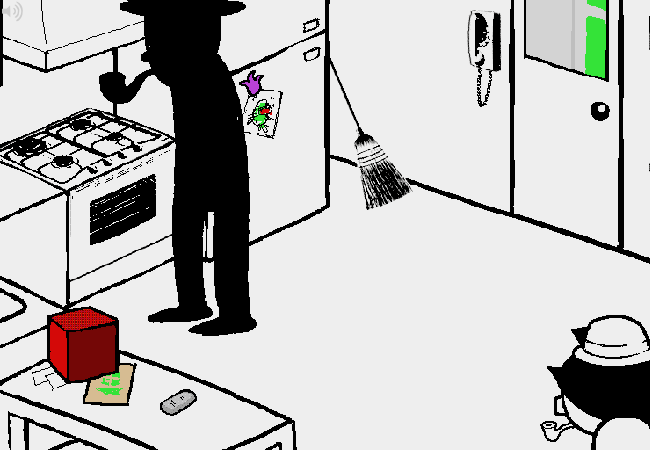 The kitchen interior. John is bottom-right of frame, facing away from us.

Around the edges of the kitchen are: a tabletop supporting the red package (under which are tucked a Sburb disc and two pieces of paper) and Dad's PDA; a counter top (mostly out of shot); an oven and overhead cabinet; a double refrigerator with decorations on the door; a broom; and a telephone attached to the wall next to a backdoor.

Mid-frame to the left is the silohette of Dad in profile, looking to our left. He wears a fedora hat, and has a pipe in his mouth. 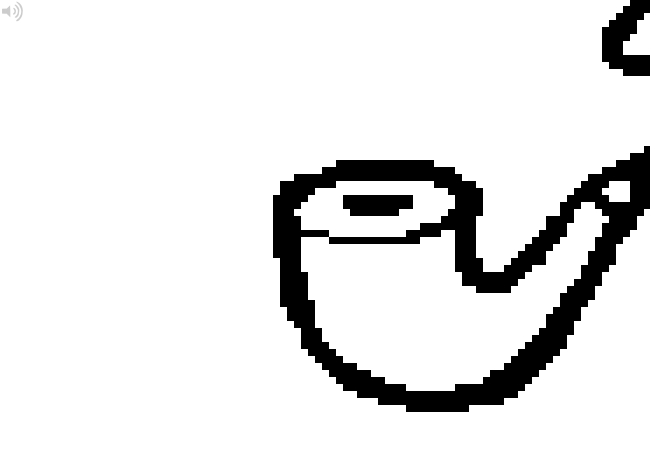 Extreme close up on Dad's pipe. The tip of his nose is just in frame. 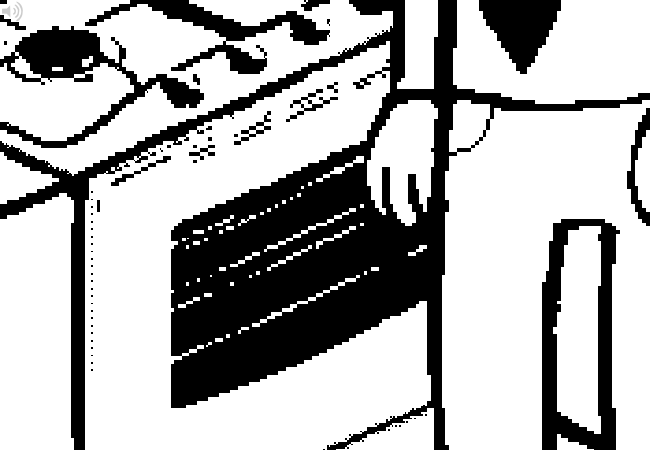 Close up on Dad's lower torso, standing next to the oven. We can see he wears a tie. 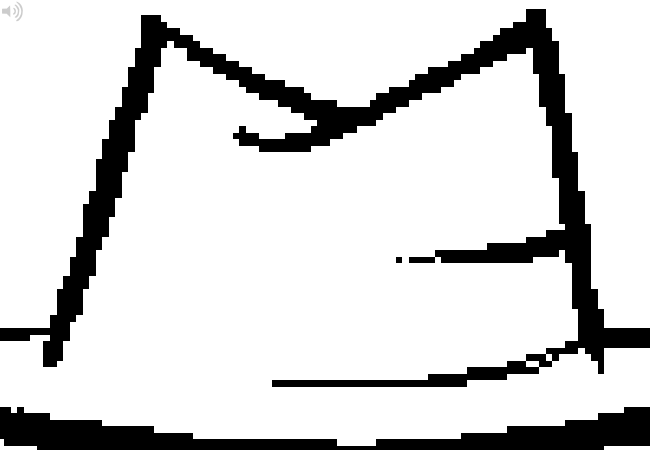 Extreme close up on Dad's fedora hat. We can see its brim and two peaks. 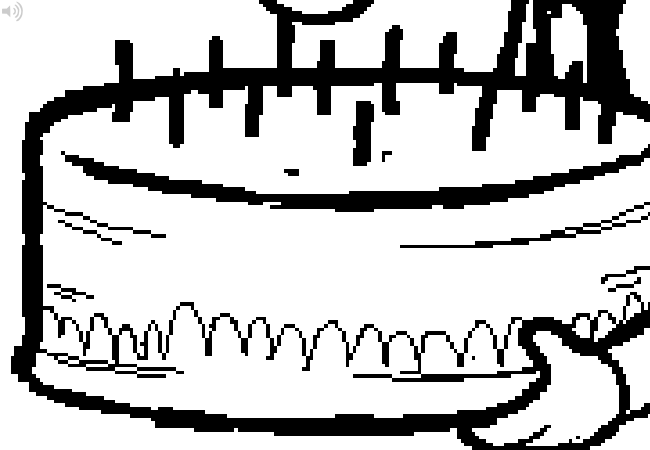 Extreme close of a large squat cylindrical birthday cake that Dad is holding in front of him. 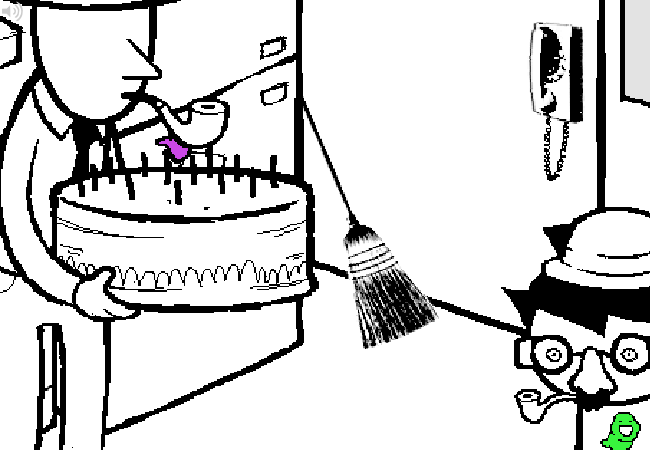 Tighter shot of the kitchen with Dad and John. Dad is still carrying the cake, and has turned to face toward our right and at John, who looks at us through his beaglepuss at right angles to his father. We can see that Dad has a large triangular nose, but no eyes or mouth are drawn. 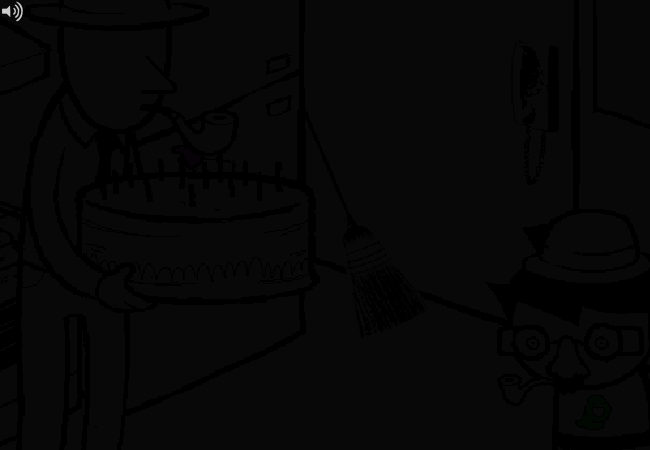 Return to black out. There will be two more heartbeats.